Guide to the
Woodpigeon

Our handy Woodpigeon guide will help you get to know this garden bird better.

How to identify Woodpigeons?

Both adult and juvenile Woodpigeons are grey overall, with a pinkish breast, black outer wings and a broad black band at the end of the tail. Males and females look alike, and adults can be told from other pigeons by the large white patches on the sides of the neck, below smudge of iridescent green. Juveniles lack the white neck patches. 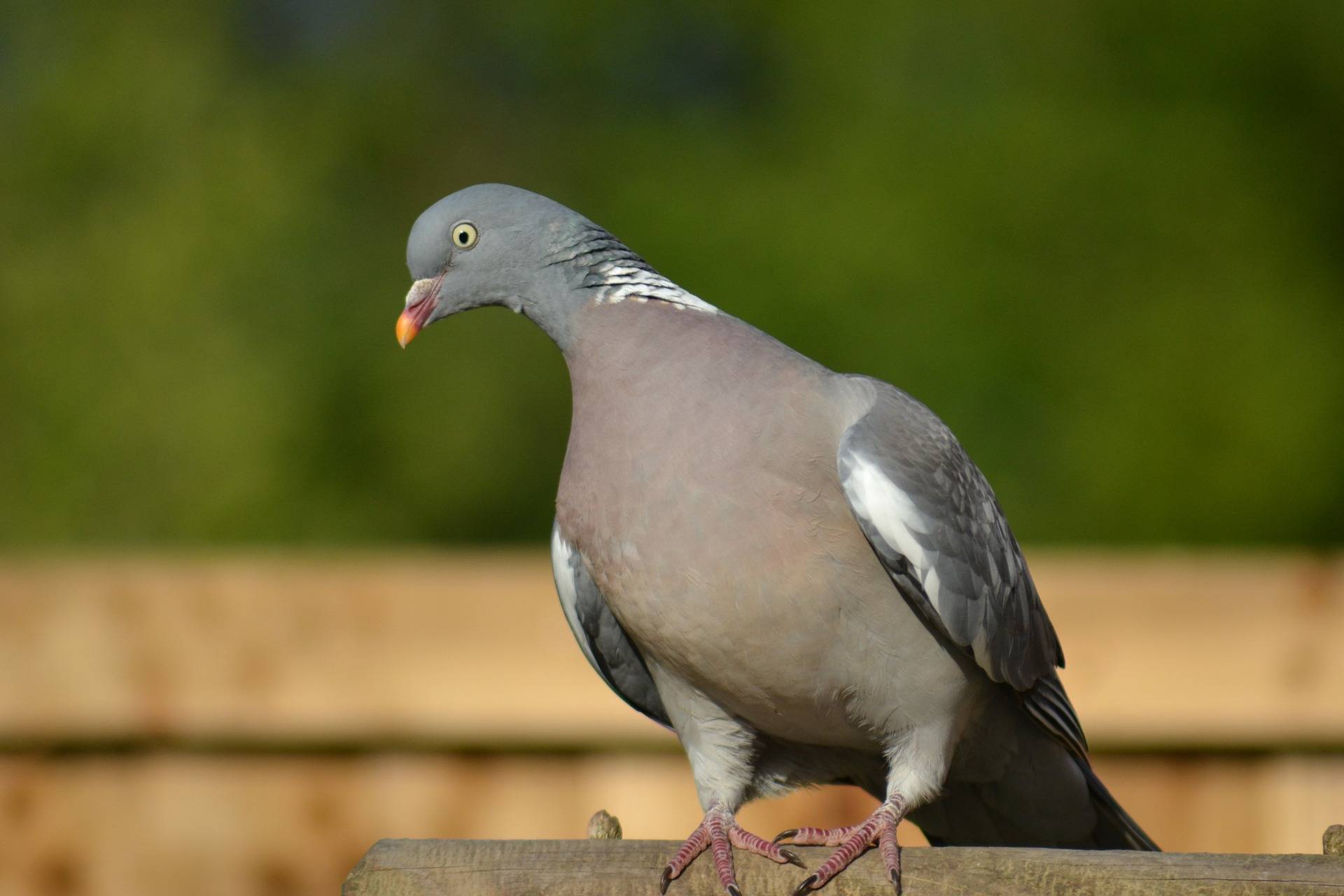 What is the scientific name of the Woodpigeon?

The scientific name of the Woodpigeon is Columba palumbus. ‘Columba’ comes from Latin, and means a pigeon or dove. ‘Palumbus’ also comes from the Latin word ‘palumbes’ which means the Woodpigeon.

A distinctive, cooing song with five distinct notes. It can be heard throughout the spring.

What do Woodpigeons eat? 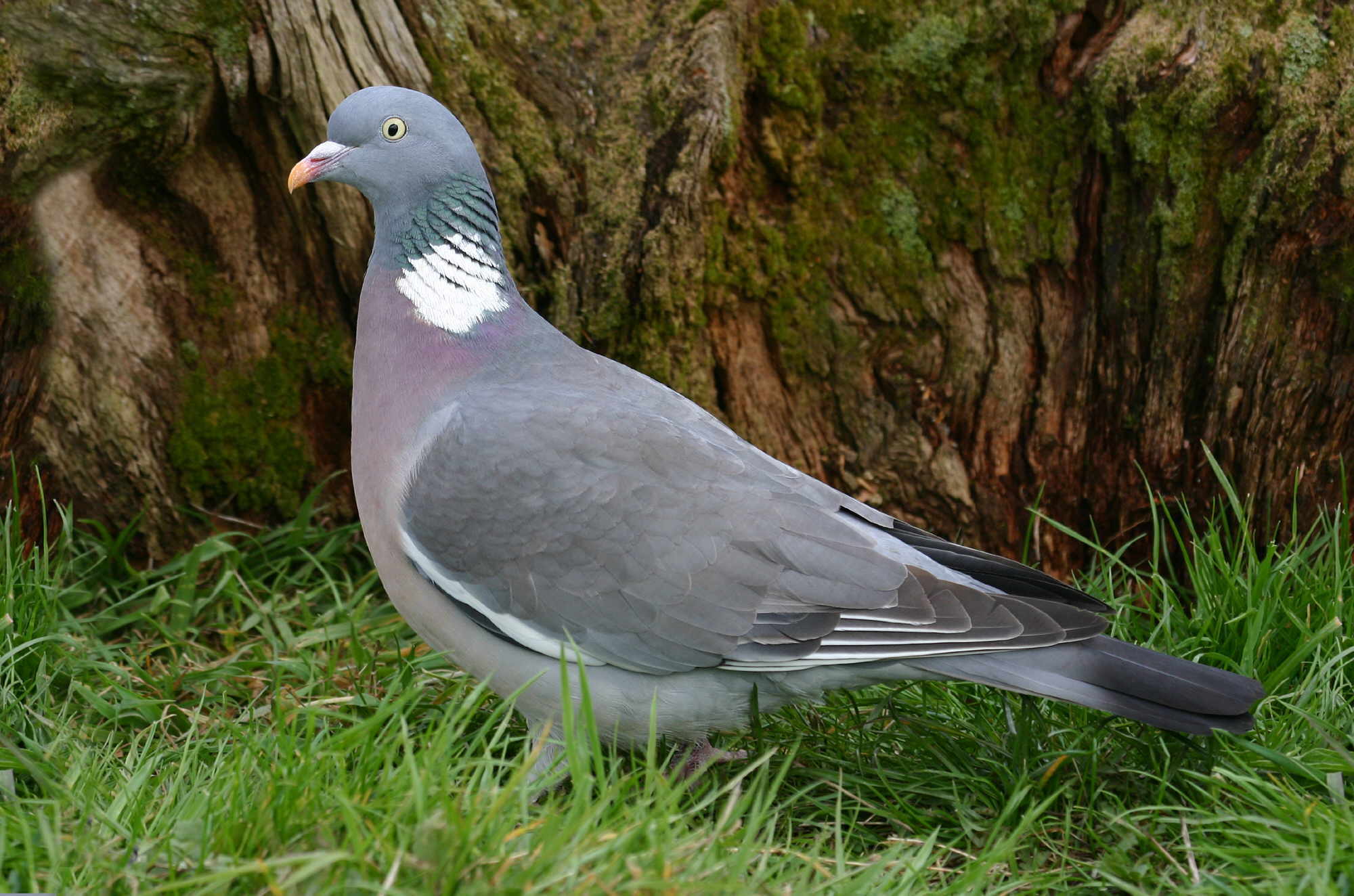 What do Woodpigeons actually eat?

Woodpigeons are able to take in so much food in a sitting because they can store it in a crop, which is a muscular pouch in the upper chest. The weight of food in a Woodpigeon’s crop is often over 70g,and weighs of up to 155g have been recorded, including crops containing 725 ivy berries, 758 wheat grains, 30 cherries and 38 acorns. Once all this food has been taken on board the bird has to sit and rest while digestion takes place; this is why Woodpigeons spend much time perched and inactive.

How do Woodpigeons digest all this food?

In order to digest this food, food passes from the crop to the gizzard, a muscular organ that grinds down plant material. Woodpigeons will swallow pieces of grit to help with this process, and there is some indication that they eat more grit when they are mainly feeding on hard seeds, and less when they are eating soft fruits or leaves.

How numerous are Woodpigeons? 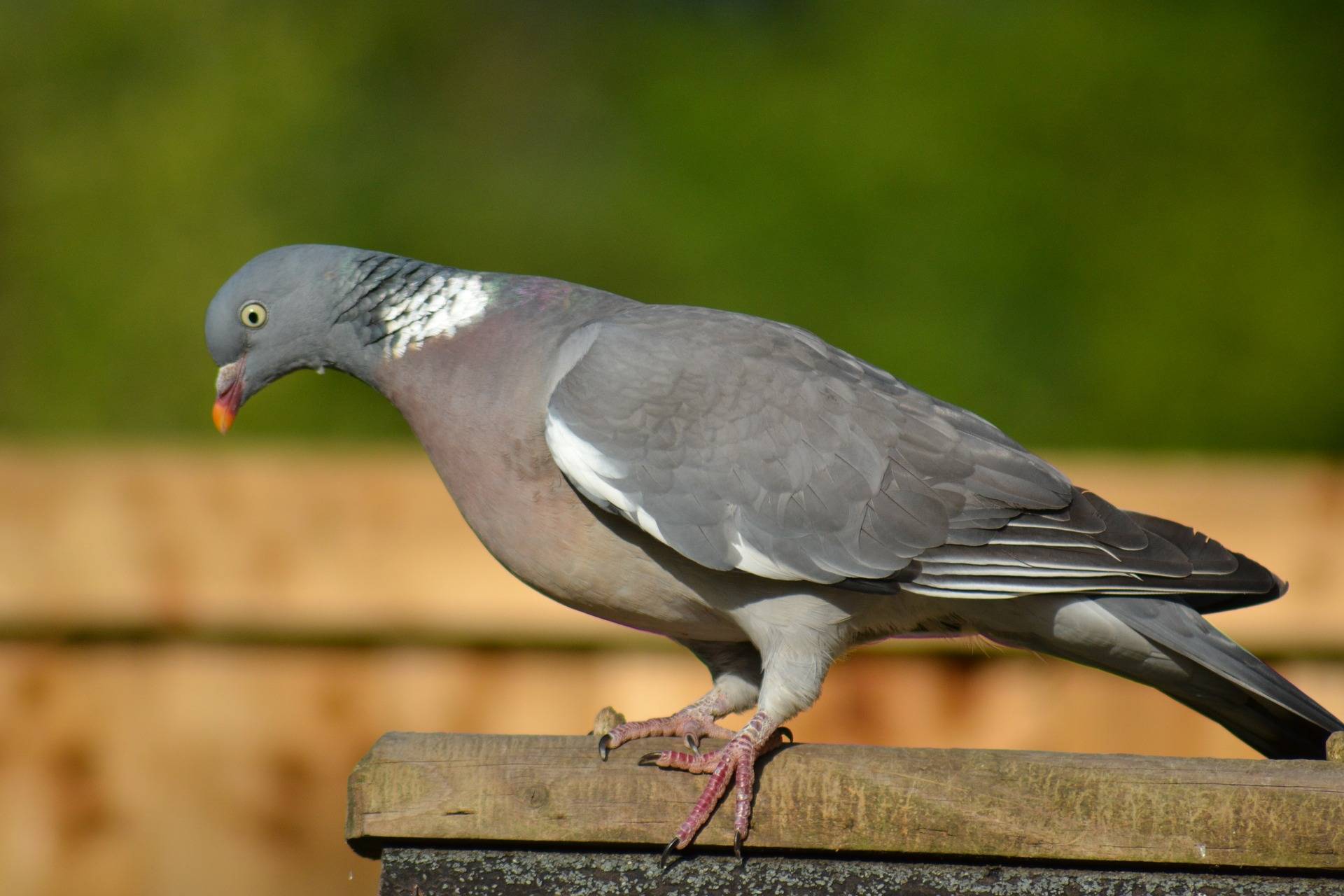 What predators do Woodpigeons have in gardens?

How long do Woodpigeons live for?

The typical lifespan for a Woodpigeon is three years. However, the current longevity record for this species is 17 years and nine months.

When are Woodpigeons most frequently seen in gardens?

According to BTO Garden BirdWatch data that has been collected weekly since 1995 Woodpigeons are most frequently seen in gardens in June, in around 81% of gardens. 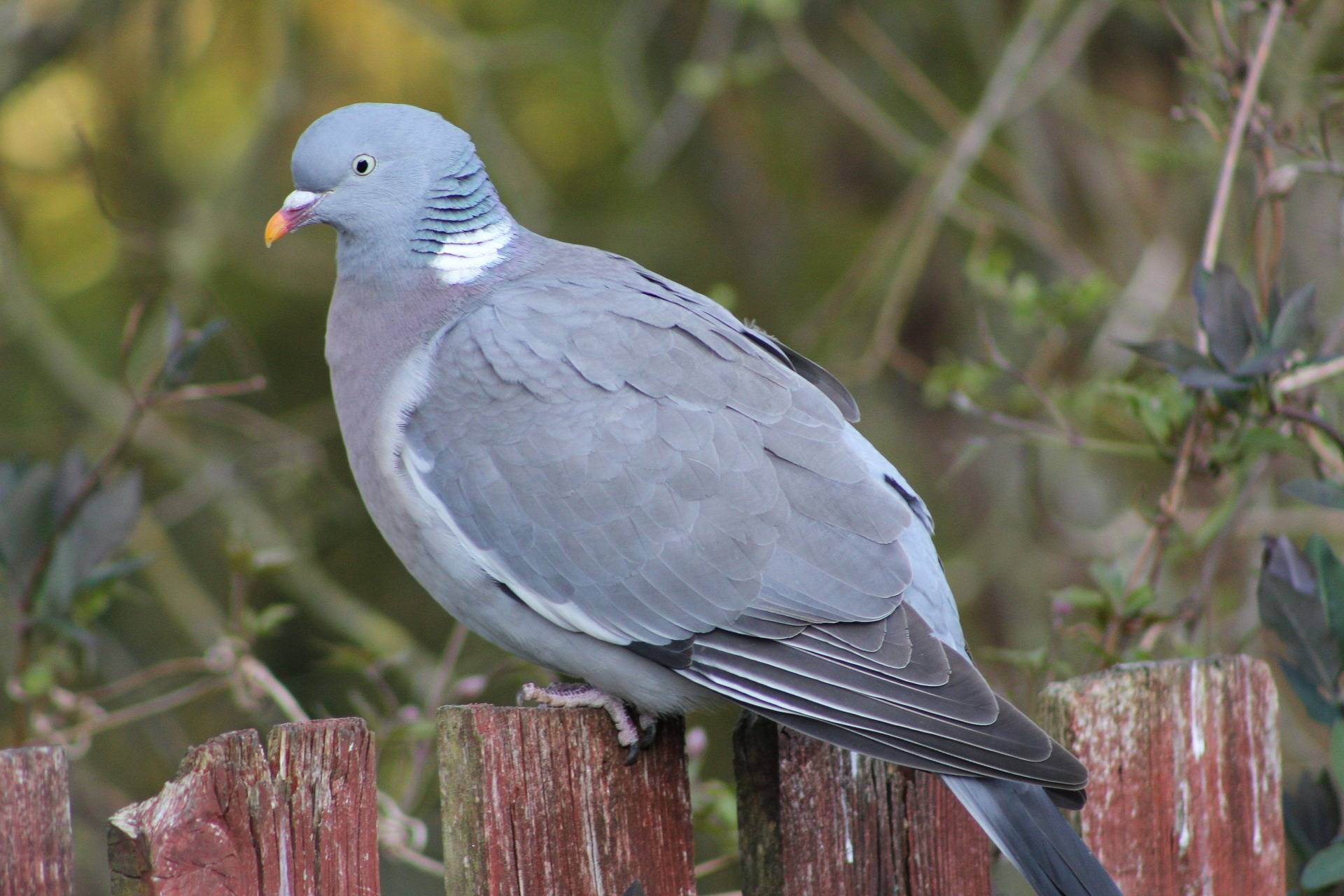 Are Woodpigeons increasing or declining in gardens?

Woodpigeons have increased in gardens since Garden BirdWatch began. The availability of additional nest sites and supplementary food in gardens are thought to be contributing factors to this increase.

When do Woodpigeons nest?

Woodpigeons nest between April and October. They tend to lay two eggs which are incubated for around 17 days. Adults feed their nestlings (which are known as squabs) with a substance known as ‘crop milk’.   The young leave the nest after around 35 days.

Do Woodpigeons use nestboxes?

This species has not been known to use nestboxes.

What can I do to help Woodpigeons in my garden?

By providing clean and fresh water for them.