Few flowers can match the dahlia for sheer spectacle. From enormous dinnerplate dahlias to dainty pompon dahlias with neat round heads, the stunning blooms with their vivid colours and striking shapes add exotic appeal to any garden.

Flowering from mid‐summer until the first frosts, dahlias provide a fabulous and long‐lasting splash of colour in the border. These versatile plants are perfect for tropical‐style planting, but can also combine beautifully with traditional cottage garden plants.

Our Dahlia Growing Guide gives you all you need to know about sowing, planting and caring for dahlias.

Dahlias come in a wide range of shapes and sizes, so there’s one to suit every garden. They are grouped into categories based on the shape of their flowers. The number of categories varies, but the list below shows the main dahlia types:

Where To Grow Dahlias

Dahlias need full sun and a fertile, moist but well drained soil. Prepare your soil before planting dahlias by digging in organic matter such as garden compost or well‐rotted farmyard manure. Dahlia tubers will rot in poorly drained soil, so if you garden on very heavy clay, it’s best to plant your dahlias in raised beds or pots where you can give them the well‐drained growing medium they need.

Originating from tropical areas of South America, dahlias are tender plants and need protection in British winters. In mild areas with well‐drained soil, the tubers may survive in the ground if given a good thick mulch. In cold areas, or in areas with clay soils, the tubers should be dug up in autumn and stored in a frost‐free place over winter for replanting in spring. 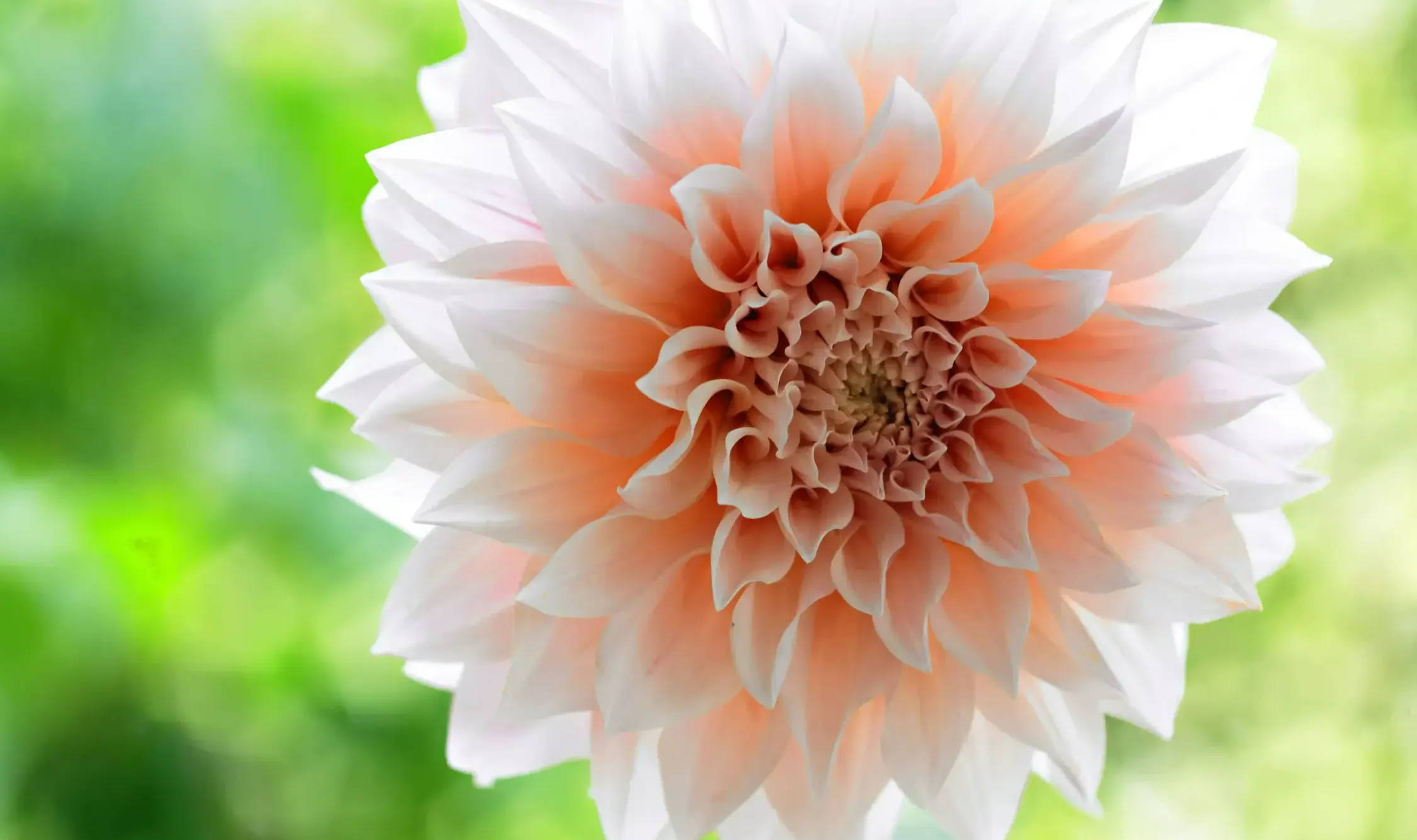 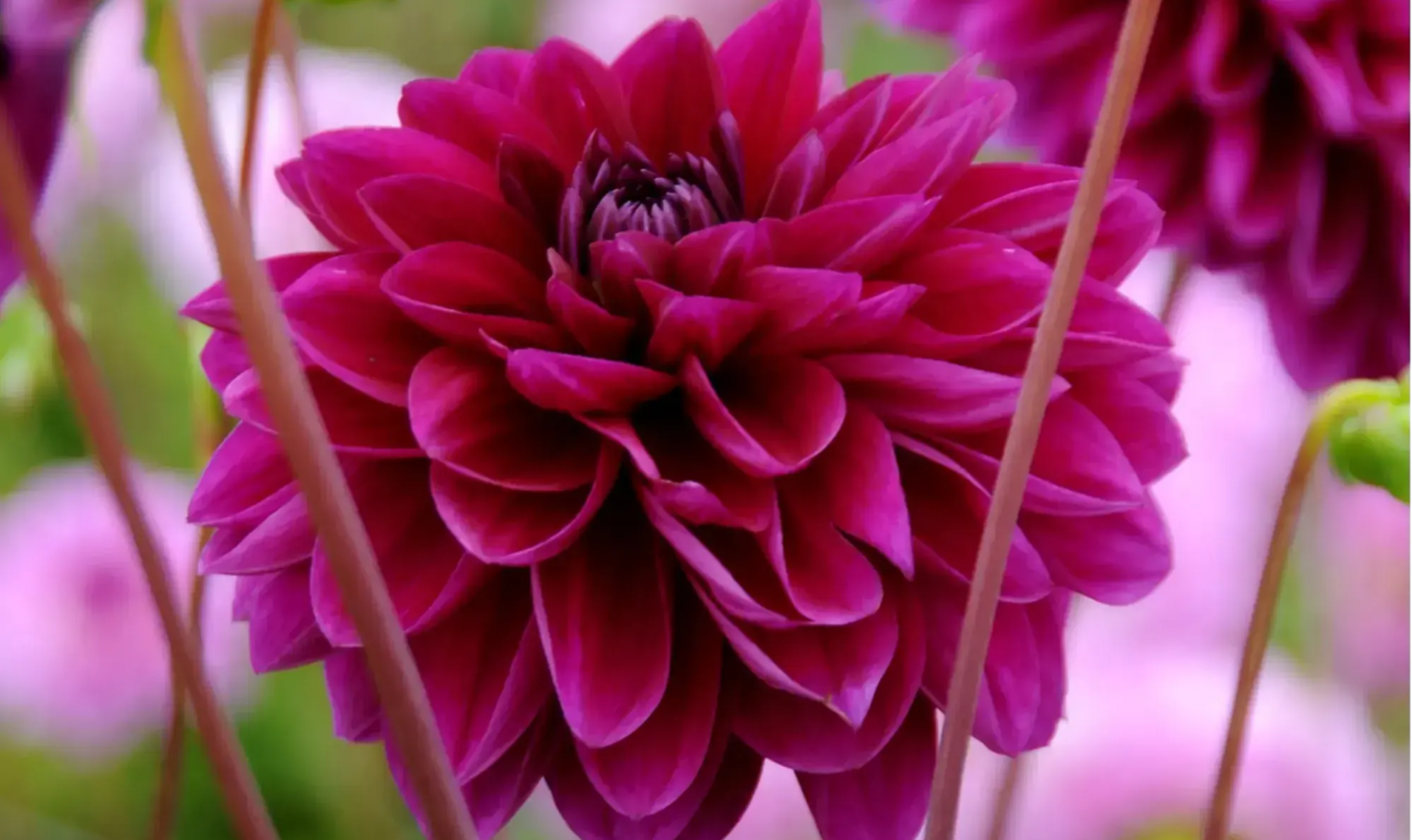 Growing Dahlias From Seed Or Tubers

Growing dahlias from seed is a good way to get a lot of plants relatively inexpensively. Most dahlia seeds are sold in mixed packs, so you won’t know exactly which cultivars you are getting, but they’re great for providing a splash of colour in pots and beds.
If you want to grow a specific dahlia cultivar, it’s best to grow it from a tuber.

How To Sow Dahlia Seeds

1. Fill a module tray with multipurpose compost.
2. Place a seed on the surface of the compost in each module and cover lightly with more compost.
3. Water the tray and place in a warm position at a temperature between 15‐20°C (59‐68°F). Keep the compost moist but not sodden.
4. When the seedlings have 6 leaves, pot them on into larger pots and grow on indoors until ready to plant out, after all risk of frost is over.

How To Plant Dahlia Tubers

1. To have dahlias ready to flower in summer, start the tubers off indoors in pots in mid‐spring (early April in the south of the UK, a few weeks later in the north).
2. Plant the tubers in individual pots filled with a good peat‐free multipurpose compost. Dahlia tubers often come in clusters with the remnants of last year’s flower stem at the top of the cluster. Plant the tuber or tuber cluster so that the tips of the tubers are just below the surface of the compost, with the stem above ground.
3. Water the pots well and allow them to drain. Place them somewhere bright, cool but frost free for a few weeks to allow them to shoot and put on leaves. Keep the compost just moist.
4. Before planting out dahlias, harden them off for a week or so by leaving the plants outside in their pots during the day and bringing them back inside at night.

How To Plant Dahlias

1. Plant dahlias into soil that has been enriched with organic garden compost or wellrotted farmyard manure. Water well after planting. Tall dahlias and those with large, heavy flowers will need staking, so put these stakes in when planting to avoid damaging the tubers later.
2. To produce bushy plants with lots of flowering side shoots, pinch out the main growing tip of each plant when the plant is around 20cm tall, cutting just above the top pair of leaves.
3. Feed plants fortnightly with a high potash feed like tomato feed to encourage them to produce plenty of flowers, and water them in dry periods.
4. Deadhead faded flowers regularly to encourage more blooms. To tell the difference between a new bud and a spent flower, look at their shape. New buds are round with a slightly flattened end while spent flowerheads have a pointed end.

Wait until after the first frosts have blackened the foliage, then cut back all the stems to just above ground level.

In mild areas, or areas with very well drained soil, tubers can be left in the ground, covered with a thick layer of dry mulch such as composted straw.

In cold areas, or if your soil is heavy clay, it’s best to lift tubers in autumn, otherwise they are likely to rot over winter.

How To Lift & Store Dahlia Tubers

1. Using a garden fork, dig gently around the edge of the rootball and lift the clumps of tubers out, taking care not to damage the tubers.
2. Shake off any excess soil.
3. Label the plants and place them in a frost‐free spot, hanging them upside down for a few days to allow any liquid in the stems to drain out.
4. Once this has been done, place the tubers right way up in a tray and cover them with sand or compost. If you only have one or two tubers, pot them up into individual pots.
5. Moisten the sand or compost very slightly. Leave the tray or pots in a cool, wellventilated place over winter. Check occasionally and remove any tubers that show signs of rotting.

Dahlias are very prone to being attacked by slugs and snails. Protect the young plants with slug deterrents such as slug pellets, nematodes, or copper tape around pots.

Aphids can be a problem, especially on new growth. Wipe off infestations before they take hold, or spray with an insecticide. Don’t spray pesticides when plants are in flower, as this can harm bees.