Guide to the
Blackbird

Although they’re a common species, our handy Blackbird guide will help you get to know this garden bird better. Plus, it’s important to remember that female Blackbirds are in fact, brown!

According to Garden BirdWatch data, which has been collected since 1995, Blackbirds are most frequently seen in gardens during February, in around 97% of gardens. Blackbird numbers in gardens have relatively consistent since Garden BirdWatch began. Each year, there is an ‘Autumn trough’ of Blackbird numbers in gardens from August until October. This is when many birds are moulting and there is plenty of food for them in the surrounding countryside.

How to identify Blackbirds?

Adult male Blackbirds have black plumage and, during the breeding season, and orange yellow eye-ring and bill. An adult male with a dull bill and no eye-ring at the beginning of the breeding season will probably be a winter visitor. Females are brown, often with a paler throat patch. Juveniles are a warm brown with spotted plumage. 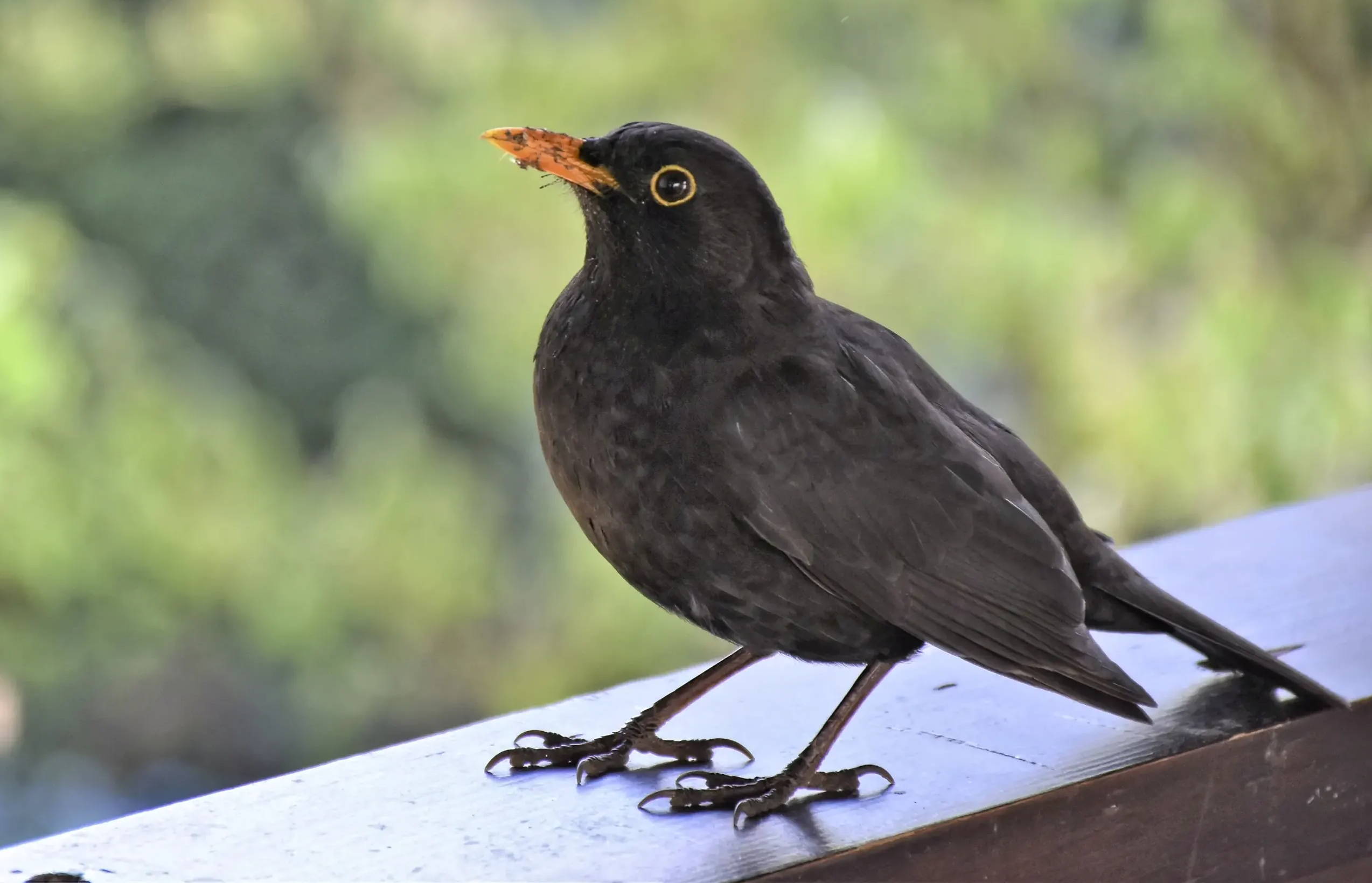 What is the Blackbird's scientific name?

The male’s song is a fluty, melodic whistle. The song is sometimes heard after dark, as birds sing under artificial light. Calls are very loud and involve various clucking and rattling sounds.

What time of year do Blackbirds sing?

Although they can sometimes be heard singing in December and January, they mostly start singing during February. They usually stop singing during June. 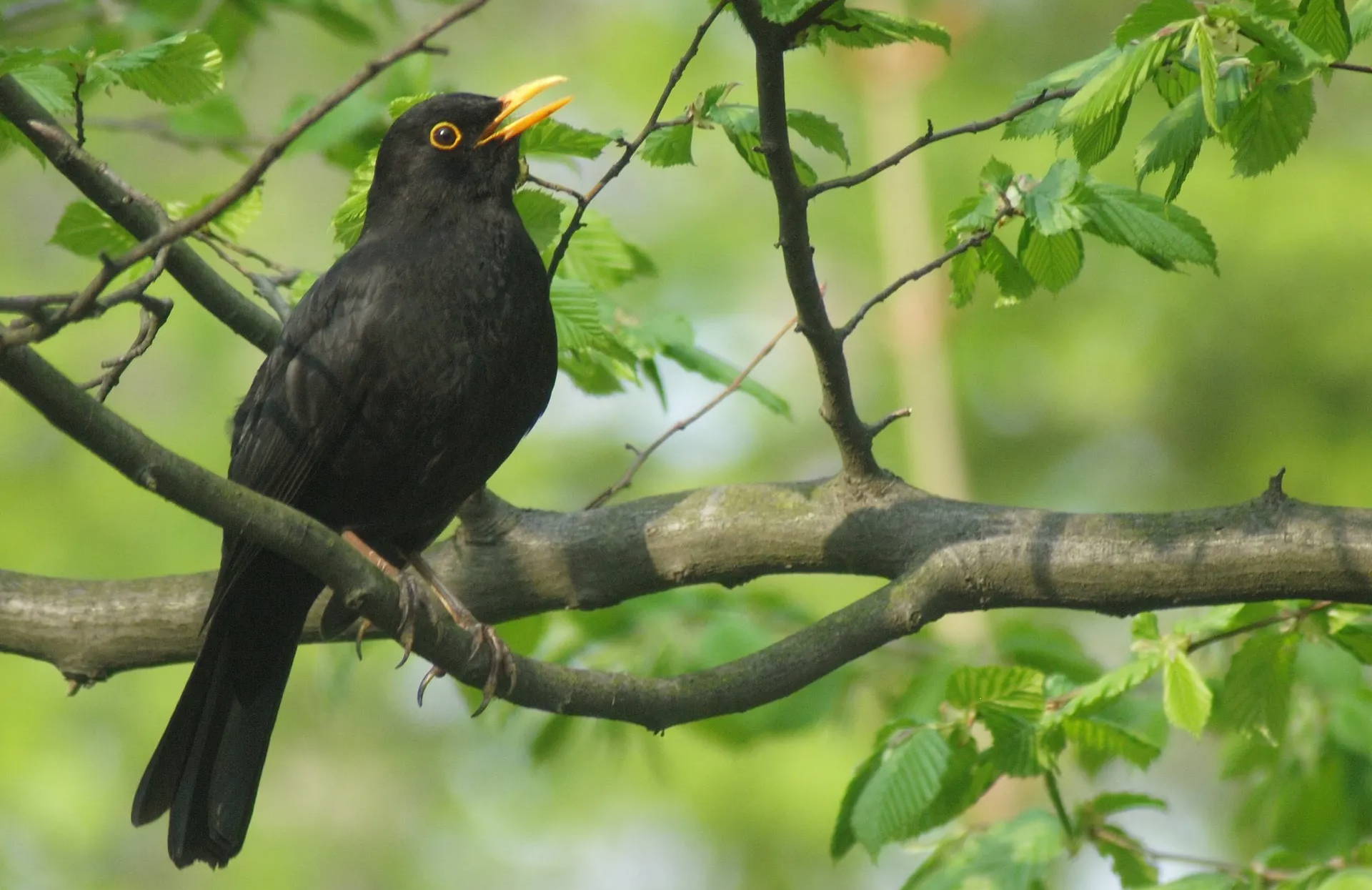 What do Blackbirds eat?

Fruit taken in autumn and winter.

What predators do Blackbirds have in gardens?

Mainly Sparrowhawks but to a lesser extent, ground predators. Studies have shown that birds are more productive nesting in urban areas in comparison to those nesting in woodland. This is thought to have been caused by the lower rate of nest predation in gardens (50%) compared to woodland (80%).

How numerous are Blackbirds? 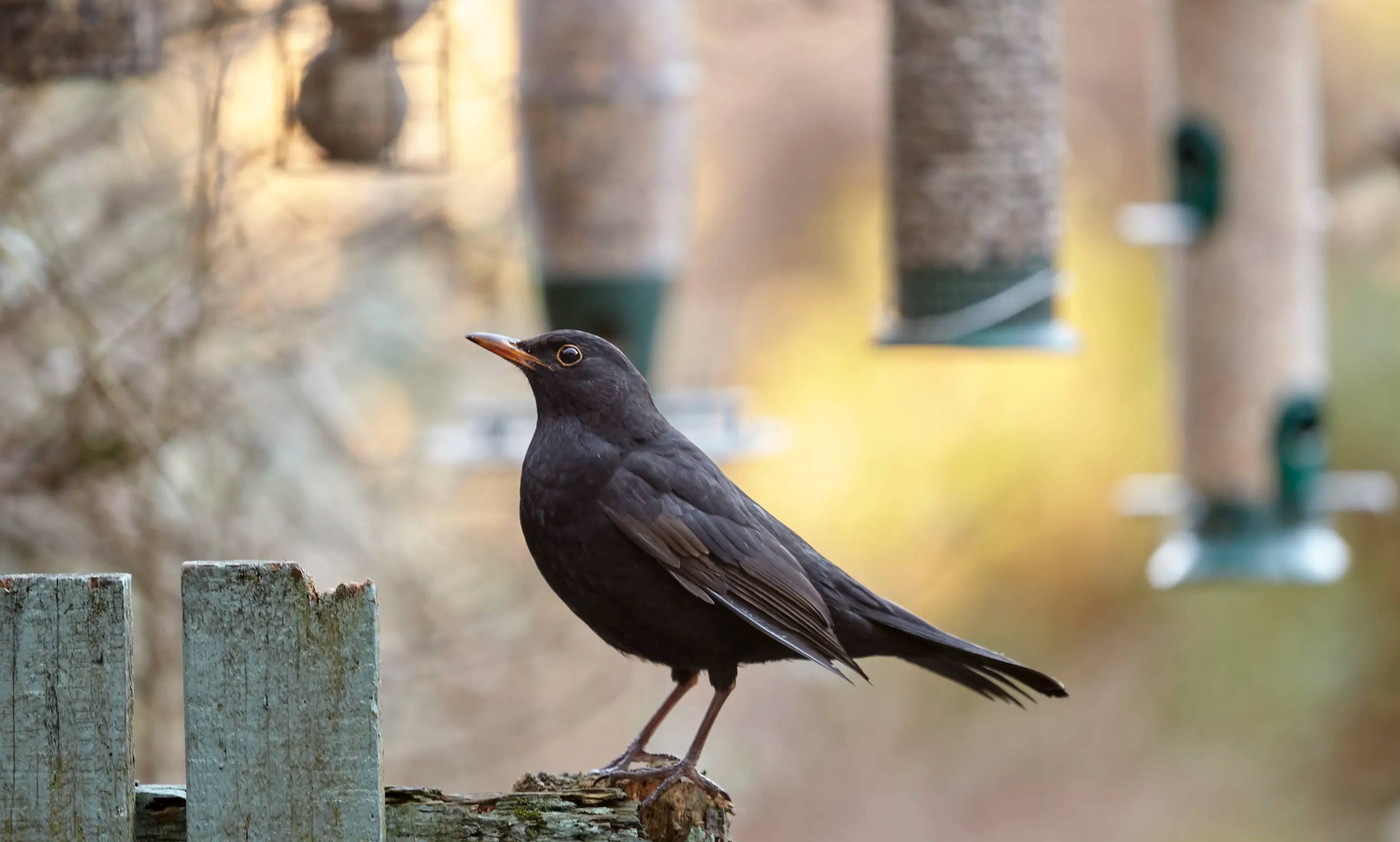 Where to find Blackbirds

Blackbirds are found across the UK and are resident all year round. In winter, our resident birds are joined by migrant birds from Fennoscandia. Continental migrants can sometimes be identified by the fact that they have black beaks. Additionally, some Blackbirds that breed in Britain have been known as far as Iberia and Italy.

How long do Blackbirds live for?

The typical lifespan for a Blackbird is three years. However, the current longevity record for this species is 14 years and nine months.

When are Blackbirds most frequently seen in gardens?

According to Garden BirdWatch data, which has been collected since 1995, they are most frequently seen in gardens during February, in around 97% of gardens. 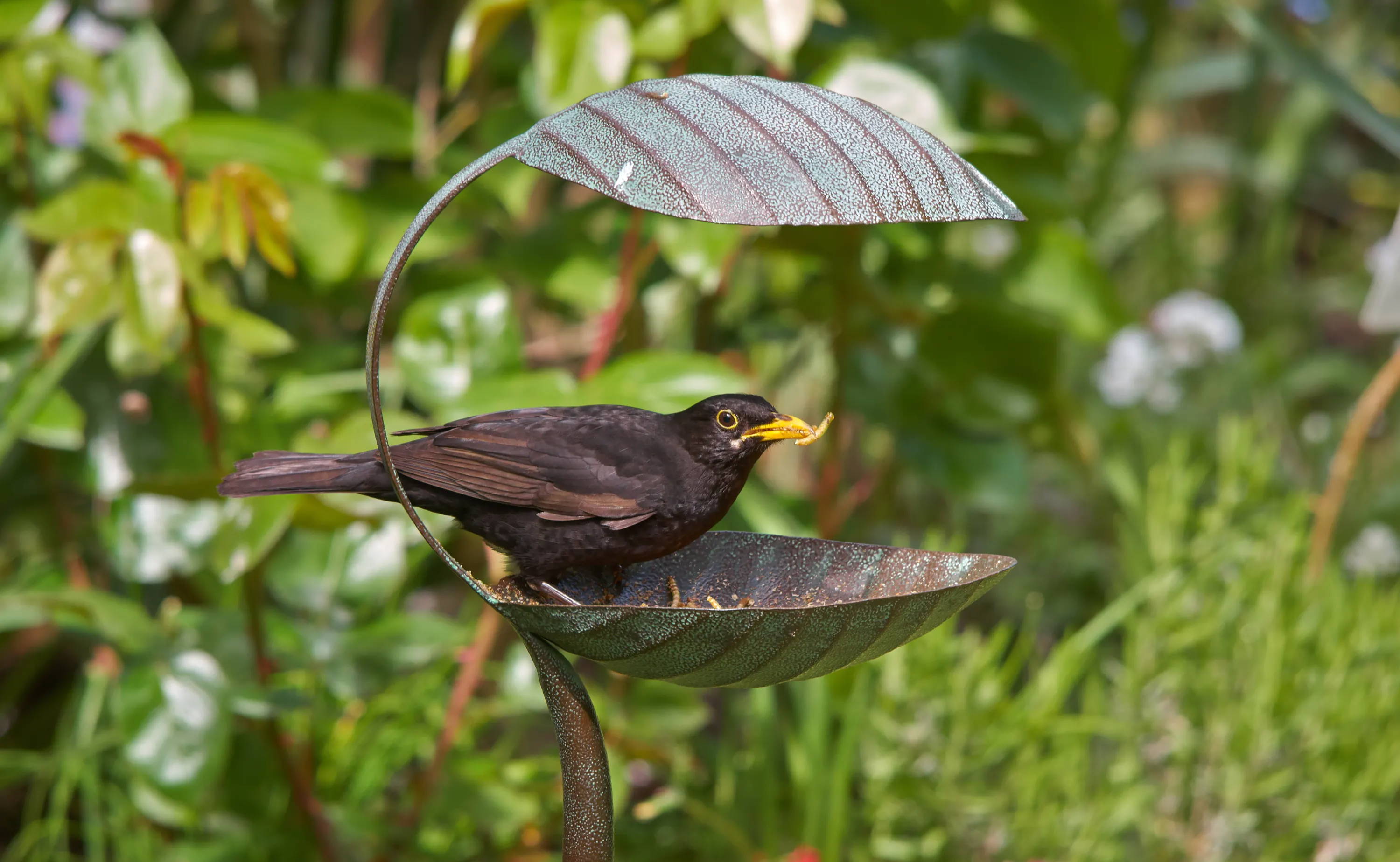 Are Blackbirds increasing or declining in gardens?

When do Blackbirds nest?

Blackbirds nest from March to July and they have up to three broods per year. They lay up to four eggs with are incubated for up to 14 days. The young tend to fledge after around 15 days.

Do Blackbirds use nestboxes?

Blackbirds are not known to use nestboxes. 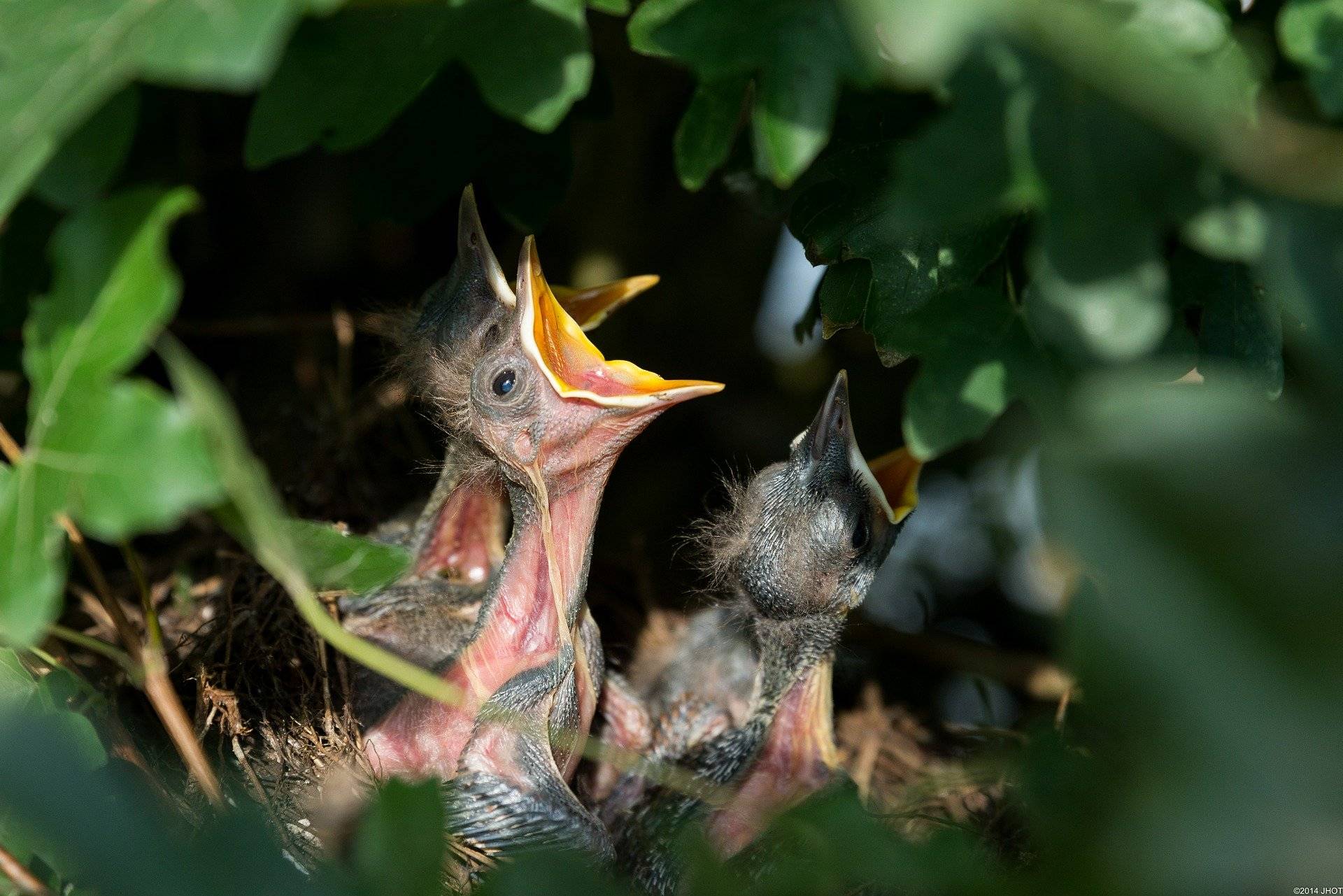 Do I see the same Blackbirds in the garden each day?

Not necessarily! A colour ringing project in Norfolk showed that the greatest number of different Blackbirds to visit the same garden in a day is 74. This shows that birds are constantly moving locally in search of food. You can find out more about this study on the BTO’s website here: holtblackbirdproject.wordpress.com

What can I do to help Blackbirds in my garden?

I’ve seen a Blackbird with white feathering, what causes this?

Blackbirds and other species are sometimes affected by leucism, which is a lack of melanistic pigment in their feathering. You can find out more about this and other plumage abnormalities that affect garden birds on the BTO website here: https://www.bto.org/our-science/projects/gbw/gardens-wildlife/garden-birds/behaviour/plumage/leucism

If you see an individual with unusual plumage in your garden, you can report it to our simple Abnormal Plumage Survey questionnaire: https://www.bto.org/our-science/projects/gbw/gardens-wildlife/garden-birds/behaviour/plumage/leucism 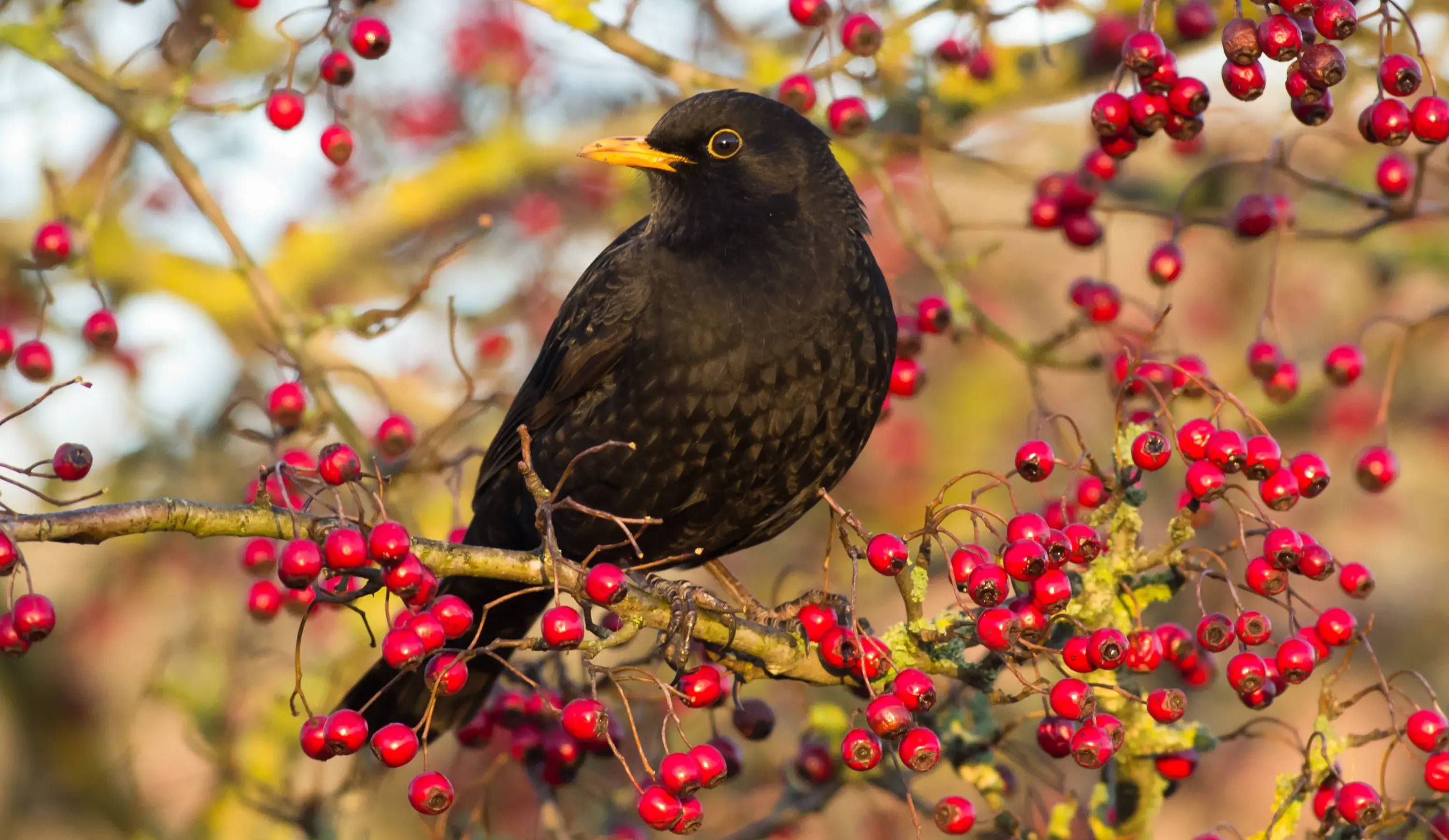