How to Grow
Peas & Beans

There’s nothing to beat a steady supply of home-grown peas and beans, picked when they’re tender and tasty.
Runner beans, French beans, broad beans, mangetout and sugar snap peas are easy to grow, displaying pretty flowers before their pods appear.

When to sow peas and bean seeds

Check packets to discover the sowing windows for different vegetables.

Peas can generally be started outdoors from early April to early July, while it’s best to wait until May when the soil is warmer for runner and French beans. Some broad bean cultivars, such as Aquadulce, Claudia, can be planted outside during the autumn for earlier crops, while others can be put from March.

Aim for several sowings of various peas and beans to ensure a long succession of harvests.

For earlier crops of peas and beans, seeds can be started inside a greenhouse around a month before their outdoor planting time. Allow them to ‘harden off’ (acclimatise to the weather) before planting them into the soil.

Where to grow peas and beans

Plant peas and beans in an open, sunny location with free-draining soil. Avoid planting beans in cold or very wet soil. Grow peas and beans in different areas of the garden each year to avoid build ups of pests and diseases.

How to prepare the soil for peas and beans

Ideally, prepare the soil the previous autumn or winter to allow the ground to settle.

Dig in some well-rotted compost or farmyard manure to improve the structure and fertility of the soil. Add a dressing of lime to acid soil to raise its pH level.

Nutrient levels can also be boosted by applying a light dressing of general-purpose fertiliser a couple of weeks before sowing.

If desired, the soil can be warmed by putting down polythene sheets a few weeks before sowing.

How to sow peas and broad beans

Alternatively, sow broad beans in pots of compost and plant out when they’ve been hardened off. Peas can be started in gutters filled with compost. When the young plants are a reasonable size they can be slid into a trench dug into the ground.

How to sow French and runner beans

Bring them on under cover and plant them in the ground once the risk of frost has passed, allowing 15cm (6 inches) between each one. Plants should be around 7.5cm (3 inches) tall. Harden them off before putting them in the ground.

Sow direct in the ground once the soil has warmed. 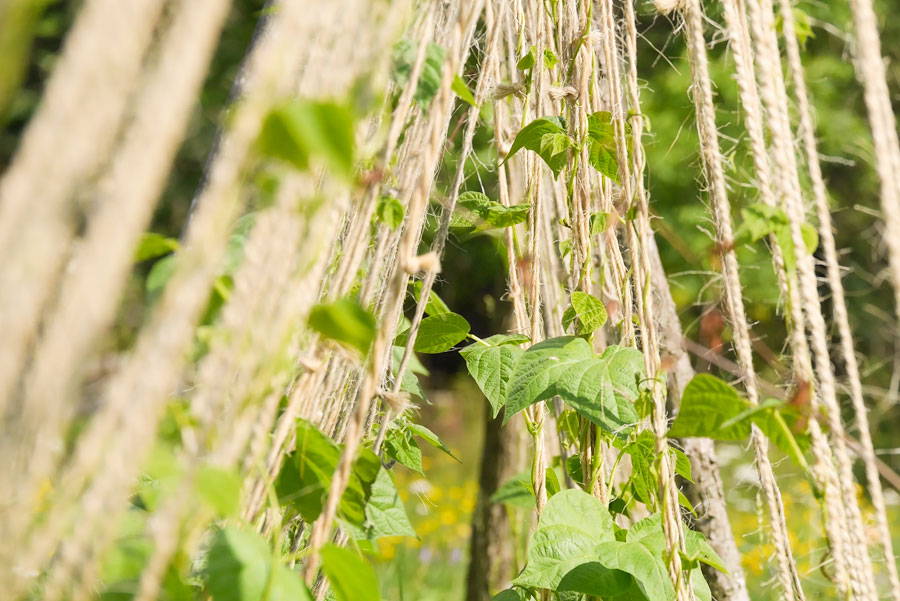 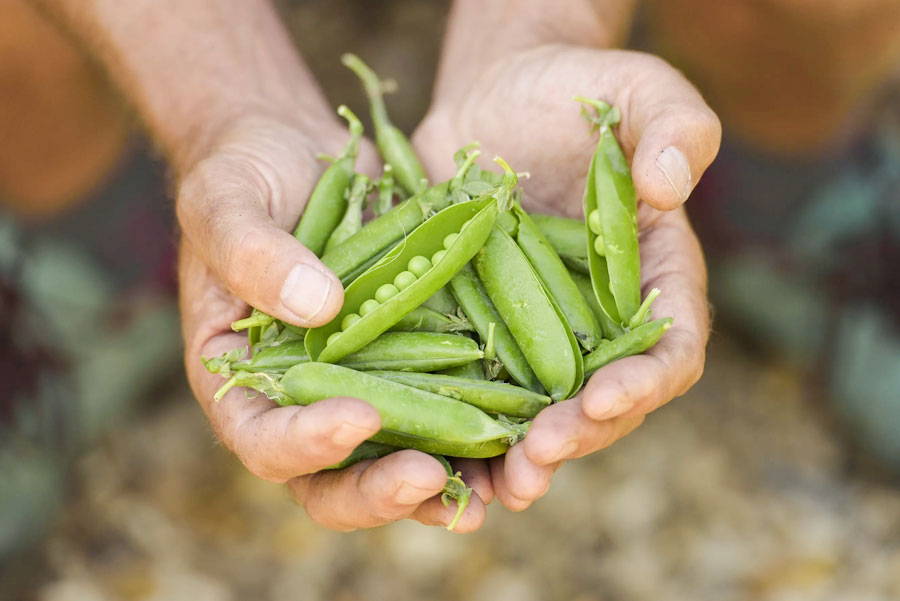 How to support peas and beans

Supports are needed for peas and runner and climbing French beans.

Shorter varieties of peas grow well on twiggy branches, such as hazel, or pea netting. Use bamboo canes and netting for taller ones.

Train runner and climbing French beans against bamboo canes, which can be arranged as a row of A-frames or tied together to form a wigwam.

When to harvest peas and beans

Early peas take between 12 and 14 weeks to reach maturity while maincrop varieties need 16 weeks before they’re ready to be picked.

French and runner beans should be ready to pick from July, depending on sowing times.

Feel the pods to make sure they’re well filled before picking.

How to harvest peas and beans

Pick regularly to encourage the plant to produce more pods.

French beans should be harvested when pods reach 10cm (4 inches) and are easy to snap.

Runner beans can be left until they are 15 to 20cm (6 to 8inches) long in length. Aim to pick before the beans swell too much.

Grasp the pod and twist gently to detach it from the plant.

How to protect peas and beans

Young runner and French bean and pea plants are prone to attacks by slugs. Use preferred slug deterrent to keep them at bay. Use netting to deter birds from pulling up new bean and pea shoots. Mice will sometimes eat newly-sown peas and beans: start plants in pots if this is a problem.